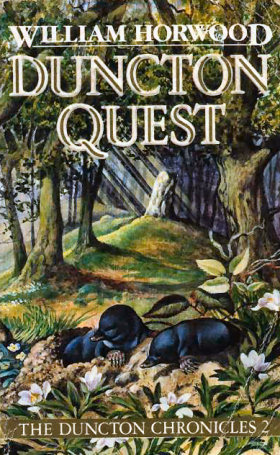 This is the sequel to the book Duncton Wood, where William Horwood first introduced the idea of moles and told us the tale of Rebecca and Bracken. Here we pick up the story with their son, Tryfan. We journey with him as he learns his task for the Stone; as he watches the rise of the Word and evil Henbane; and as he loves and loses the one mole he's destined for.

Tryfan is heavily involved in this coming of the Stone Mole, as he travels firstly to the Wen and meets sweet Feverfew, then goes north to Whern, the dark heart of the Word. Horwood's strength is the characters he introduces in this book. We have a large cast of extremely characterful and colourful moles, from the scribes Boswell and Tryfan to the ex-grikes Alder and Marram. I particularly love Mayweed - he, alone, grants this book an extra star above what it might have received from me.

His loquacious language and wonderful vulnerability are lovely to read about. Considering the massive cast, each receives enough screentime to be well-developed and take their rightful place in the story. The same issues I had with Duncton Wood raise their heads here - there are some problems with pacing, mainly with the passage into the Wen which is both dreary in description and slow to read through. In this book a new side to this is added with the extremely loooooong monologues by Tryfan about the nature of faith and how to worship the Stone properly. I understand that his character is meant to preach the coming of the Stone Mole and lead moles to accept the Stone, but it is very dull - especially if you don't feel faith for a religion yourself.

The internal consistency is all over the place, for a number of reasons. The first is that this book was clearly written when the first ended up being successful, since it seems tacked onto Duncton Wood by the most tenuous of links. The rise of the Word, the prophecies about the Stone Mole, the history of Scirpus, Rune's true nature - none of these were even hinted at in the first book, so here the information is rather thrown at the reader with large sections of exposition. I just do not get how moledays, molemonths and moleyears fit into human terms of time.

Horwood had a brief go at explaining the way the moleyears are actually months for humans, but then trampled all over that logic by having Boswell and Rune survive for a ridiculous length of time.

Thirdly, in the original book, it seemed very much as though Stone worship was a simple allegory for paganism, what with using standing stones as a focus and Avebury being an important system. The importance of Midsummer and Longest Night as the times that moles came out to worship in strength also lent impetus to this idea. However, in this book, I'm not entirely sure that the Stone is paganism, what with the coming of the Stone Mole, which has a huge parallel with the coming of Christ.


The snoutings performed by the mole of the Word could be seen as similar to crucifictions. Basically, I'm confused! At least it is easy to tell that we need to be rooting for the moles of the Stone to succeed! Another couple of issues with the prose is that using terms such as 'somemole' and 'nomole' really jar you out of the flow of the words. Plus I had no appreciation for the simplistic and folksy rhymes that accompany healing and worship.

Lastly, I had a terrible time reading some of the descriptions of the woundings done in the name of the Word, especially the graphic snoutings and the attack on Tryfan. Deeply uncomfortable. 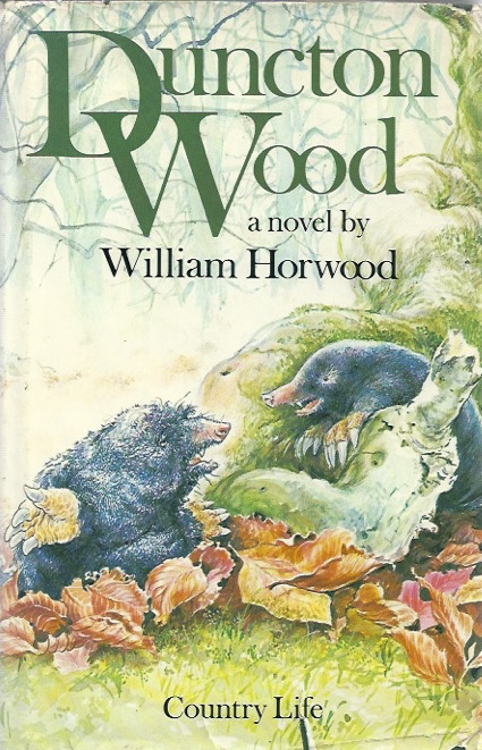 We avoided explicit sex scenes this time round, but the sighings and ecstacy and other choices of words Horwood used were just wrong! I enjoyed the book overall and will complete my read of the trilogy the third book being Duncton Found , but I certainly don't agree with the review emblazoned on the back of my paperback copy that states this novel bears comparison with the Lord of the Rings. It most certainly doesn't, and isn't the enchanting read suggested, but it is just interesting enough. Dec 21, Christine rated it it was amazing Shelves: animal-fiction , kindle-freebie.

Who doesn't love Mayweed? Story about faith, love, and discovery. Aug 06, R. Duncton Quest, is a far darker book than Duncton Wood. And in the evil department there is Henbrane Daugther of Mandrake. The book starts were Duncton Wood ends. It is hard to beleive the books were written almost nine years apart. Disease, death and hatered are a main part of the book as moles who follow the "Word" take over those who follow the "stone". As a Stone beleiver, Tryfan struggles to keep faith in a world going dark. A number of characters from Duncton Wood appear in Duncton Quest.

Listed as a childrens book in a written for adults. Aug 06, Rebecca rated it it was amazing Shelves: fantasy. Very heavy on the Christian allegory. Can't say that I minded it much. Follows very much in the spirit of Watership Down in that it takes cute, fuzzy animals and makes a very, very serious and at times quite grim story about them.

Not for children, really. Sep 18, Leila rated it it was amazing Shelves: fantasy , animal-stories. This absorbing book is the second of a series that I am re-reading after many years and I am enjoying them all over again. There is a lot more depth in the books than just reading them on the surface level as animal stories. I am enjoying them very much.

So here we have a continuation of my favourite series and this reread that I'm doing did not disappoint. I felt every emotion, every struggle and I could never stop loving this series.


Jan 08, Cameron rated it it was amazing Shelves: favorites. Horwood effortlessly draws his readers into a world so entrenched in lore and magic that it is bittersweet to reach the finale. Truly an unheralded , masterpiece in the literary world. Jul 23, Pamela Kay Hawkins rated it really liked it Shelves: books-i-own.

Just so you know, I love William Horwood's writing. I think I said I read Duncton Wood when it originally came out, but I didn't know about the sequels until last year.